Karen and I opened the Sound & Language Voice Studio in 2008, team teaching Branson frontline singers, initially including 13 members of the Hughes Brothers Theatre cast, growing eventually to 32.  Since then, we have expanded our studio to include:  the Voices of Glory (top 5 finalists in America’s Got Talent – 2009) who have worked with both the Michael Jackson/Boyz II Men manager, Qadree El-Amin, as well as with Jimmy Osmond (of The Osmonds); members of The Haygoods and Jim Stafford casts; a member of The Golden Sounds of the Platters tribute show; and a backup singer with Andy Williams.   We have also taught at the James River Assembly School of Fine Arts, presented choral clinics for high schools and junior high schools, and served as vocal solo and ensemble contest adjudicators.  Additionally, we have served as vocal consultants to Silver Dollar City’s 50 singers.  In our private studio, we continue to teach students of all ages and abilities and singing in all styles.

We mentored with Kansas City’s premiere voice teacher, E.J. Remley (with over 400 students, many singing in major venues across the globe), who trained us as both singers and voice teachers.  During one of our lessons with him he remarked, “You two are the ones who really understand this method and could carry it on.”  We were humbled by such an unexpected compliment coming from the teacher of a student who had received a standing ovation after singing a German opera in Dusseldorf, Germany; the teacher with 2 students who had finished first and second in the Metropolitan Opera regional competition finals one year; and whose name even cropped up in university voice faculty recollections of his students’ remarkable voices 26 years after he had moved out of the area.  His legacy to us was in learning to listen very critically and to recognize, analyze, communicate, and correct the wide spectrum of vocal problems of students, whether they are children or adults, whether they are beginning, intermediate, or advanced, or even full-time professional singers.

As teachers, we relate sensitively to students of all ages and skill levels, striving always to affirm, encourage, educate, and motivate them to sing with solid musicianship, poise, and self-assurance, regardless of their interest in singing as solo singers or as part of a choral ensemble.  We also emphasize musical artistry, interpretive excellence, and stylistic authenticity.

We have both taught privately for over 30 years, and our high school students have received superior ratings in solo and ensemble contests and won voice scholarships to major universities.

We are also both licensed vocal music teachers in the public schools, grades K-12.  Consequently, we have experience teaching voice in both private and group settings in the course of preparing choral concerts, frequently involving between 22 and 32 different students as soloists in a single concert.

Karen and I have also both served as soloists and choir directors in churches of up to 2200 members and have frequently offered voice classes for members of our adult church choirs, both in the Boulder/Denver as well as Branson areas.

Our method also emphasizes “complete vocal sound”, embracing a balance of the two characteristic sound qualities: vocal brilliance and vocal richness/“warmth” while maintaining impeccable diction and a complete and seamless “vocal line” throughout the singer’s range.  Of paramount importance in this process is a freedom and openness of vocal production.

Additionally, our method is extremely practical and provides students with simple techniques to address certain issues outside their lessons to maximize their progress without compromising their vocal safety.

We possess a high level of understanding of vocal production and have co-authored a copyrighted document outlining the principles of our teaching method.

We clearly communicate the concepts of good vocal mechanics (with strong emphasis on posture and on correct breath support, support that is efficient and free of “interference”); pronunciation in multiple languages (French, German, Italian, Latin, and Spanish, using the International Phonetic Alphabet, or “I.P.A.”); textual interpretation; and musical style.

We use and customize vocal exercises to address and correct a wide array of vocal issues and to challenge and refine the voices of even the most advanced students.

Having personally benefitted from study in over a dozen voice studios and having been trained as both voice teachers as well as singers, we are able to bring the value of that breadth of exposure to our students.  Our breadth of training also makes us effective teachers in all styles of vocal literature, including opera, art song, sacred (including contemporary Christian), musical theater, pop, and jazz.

We always encourage students to bring a friend or family member with them to lessons, because the sound the listener hears can be quite different from what the singer hears from “within”/internally.  In contrast, the sound an instrumentalist and his listener hear is essentially identical.  Because of this acoustical anomaly inherent in the experience of singing, the singer sometimes finds it difficult to trust his teacher’s positive feedback for singing that may not have sounded very good to himself/herself.  The confirmation of improvement coming from a friend or family member, however, lends authenticity to the teacher’s assessment. 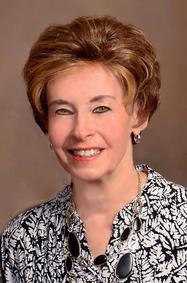 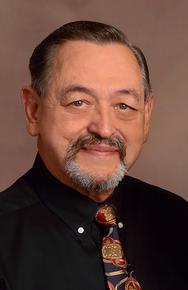